Home › Break Up the Banks › Journalist Joris Luyendijk After Interviewing 70+ Investment Bankers: “The problem really is exactly as bad as the ‘banker bashersâ€™ believe”

Journalist Joris Luyendijk After Interviewing 70+ Investment Bankers: “The problem really is exactly as bad as the ‘banker bashersâ€™ believe” 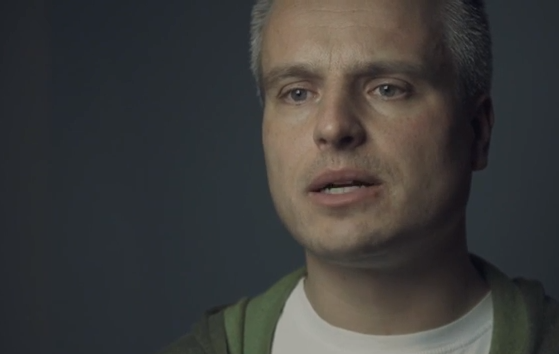 Joris Luyendijk, a journalist for the Guardian, has been running a banking blogÂ since summer 2011. As part of the project, heâ€™s interviewed over 70 people in the financial sector.

Before he started interviewing financiers, he knew almost nothing about the industry (hence all the interviews, so he could learn firsthand about what was happening). He initially assumed he would discover that the situation wasnâ€™t really as bad as some people made it out to be, but the interviews convinced otherwise. He realized it really is that bad.

Before studying bankers I spent many years researching Islam and Muslims. I set out with images in my mind of angry bearded men burning American flags, but as the years went by I became more and more optimistic: beyond the frightening rhetoric and sensationalist television footage, ordinary Muslim people go about their day like all other human beings. The problem of radical Islam is smaller and more containable than Islamophobes believe.

With bankers I have experienced an opposite trajectory. I started with the reassuring images in my mind of well-dressed bankers and their lobbyists; surely at some basic level these people knew what they were doing? But after two years I feel myself becoming deeply pessimistic and genuinely terrified. This system is highly dysfunctional, deeply entrenched, and enormously abusive, both to its own workers and the society it operates in. The problem really is exactly as bad as the “banker bashers” believe.

This trajectory mirrors our own on this site. As we continue to research more and more about the financial sector we only become more unsettled. Itâ€™s clearer to us than ever that the underlying problems in the finance industry have not been fixed yet, and that unless theyâ€™re fixed soon weâ€™ll experience another meltdown of sorts with all that it entails (more job losses, more retirement money gone, more housing problems). This is something the public shouldnâ€™t ignore.

Thankfully, there are solutions to this problem. In fact, Luyendijkâ€™s proposed solutions mirror the exact ones weâ€™ve made on this blog, which gives us hope that people whoâ€™ve studied this issue are discovering what to do to fix it.

Luyendijk calls for “smaller banks, … simpler financial products, and much higher capital requirements” and we called for the same things when we say we should break up the banks, reform derivatives, and raise equity levels. These are three relatively simple reforms that would go a long way to making the financial system much safer and ending too big to fail. Plus, each citizen has the power to change banks and support local lenders.

We recommend reading Luyendijkâ€™s interviews, which include gems like an executive coach saying, “Finance is an amoral world, bordering on the immoral,” a former rating agency worker saying, “we donâ€™t seem to have learned from the crisis. Itâ€™s back to business as usual,” and a risk consultant saying, “My sense is that a lot of people in finance hate what they do. Thereâ€™s no passion. But they are trapped by the money.”

2 comments on “Journalist Joris Luyendijk After Interviewing 70+ Investment Bankers: “The problem really is exactly as bad as the ‘banker bashersâ€™ believe””